When I was working at Etsy, I benefited from a very robust A/B testing system. Etsy had been doing A/B testing for more than 6 years. By the time I left, Etsy’s in-house experimentation system, called Catapult, had more than 5 data engineers working on it full-time. Every morning, I was greeted with a homepage that listed all the experiments that Etsy had run in the prior four years. When you clicked on one, you got a summary of what the experiment was testing (usually written by the product manager). Numbers for all the key metrics, such as conversion rate and add to cart rate, were already calculated. You could easily add any event that happened on the site and get those rates calculated too. You got to see the % change from the control to treatment with its accompanying p-value and how many days until we had 80% power to detect a 1% change. We even had beautiful little confidence intervals that changed color based on whether they overlapped with zero!

And yet sometimes I would spend a majority of my time working on experiments, even though I tried to never be working on more than 3 or 4 at once. How could that take so long when so much was already done for me? The concept of A/B Testing seems pretty simple. A classic example is you change the color of a button and measuring if the click-rate changes. Assuming your assignment of visitors and data collection is working, all you need to do is run a proportion test, right? And if you already have the proportion test calculated, why is a data scientist even needed? Maybe you need one if you want to do some fancy techniques like multi-armed bandits, but how can classic, frequentist A/B Testing be a challenge?

This post outlines some recommended best practices for A/B Testing. I’ve found that a lot of analysts and data scientists struggle with A/B testing, especially those not classically trained in statistics or who are trying to start their company’s A/B testing system. While A/B testing correctly isn’t easy, these 12 guidelines will help you guard against some common mistakes and set you up for success.

When p-hacking is taken into account, 73% of A/B tests on Optimizely have no effect https://t.co/YNsx6IGBfk pic.twitter.com/xeLnOal3ba 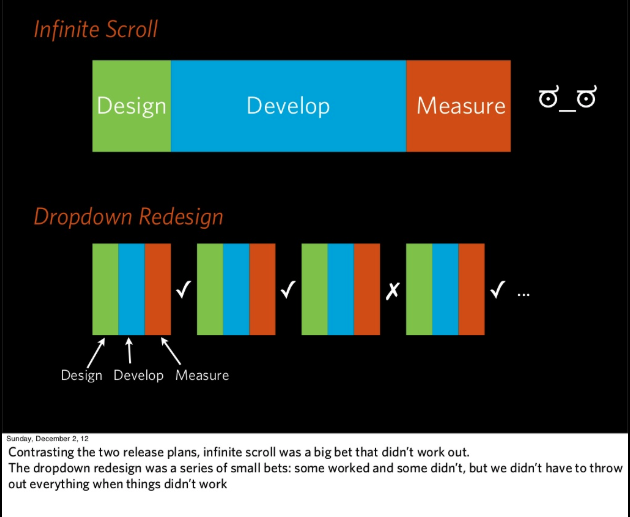 While I learned some of these guidelines in my statistics classes or experience at Etsy and DataCamp, others I picked up from the great set of A/B Testing resources available online. In a future post, I’ll share a list of some of my favorite papers, blog posts, and talks, with short summaries of what I took away and suggested audience level.